Top 10 Pixar Cars Characters of All Time | Who is Your Favorite?

Disney has hit a perfect jackpot with the cars franchise. They have made a buck load of money from this film. The ticket sales have jumped off the roof as well as the merchandise sales just proved How profitable is the cars franchise? They have a strong storyline and the utmost unique thing is they were able to gravitate not only to kids which was the sole audience of the movie. It struck a chord with gearheads, especially people who love cars. They found this film amusing and appealing.

The other aspect shall also be to highlight the anthropomorphizing aspect of the cars. The Disney writers tried hard to infuse life into the cars and make them more appealing. It’s more unique when compared to other movies that tried experimenting similarly. The other aspect is the Pixar cars characters and How they individually stood out in the franchise. They have carved their own identity and spun humor in ways we cannot imagine. All the characters have a central personality and that helps them to stand out amidst the barrage of characters we have in Pixar’s cars.

Holley Shiftwell is part of Pixar’s Cars 2, which was released in 2011. This character is super bubbly and charming. It surely stands out when we compare it with the other characters. The plus point of Holly is she liked Mater and always stood out for him. 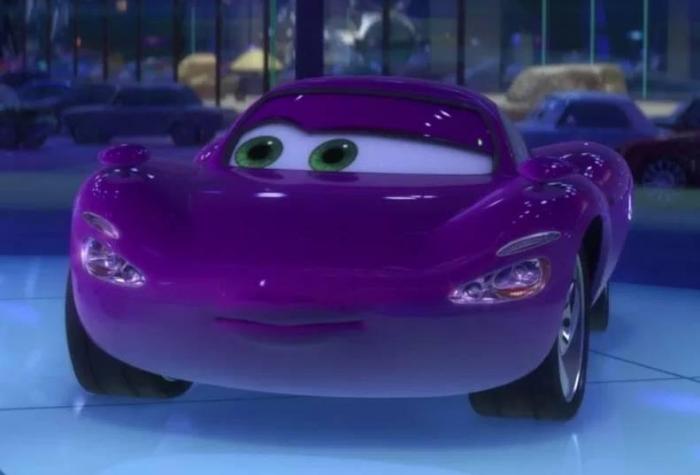 Even she sneaked Mater in when he needed to talk with the professor. She is genuinely the most honest and earnest character of the show. She has shown some of her spy qualities as well, who knows she might be the best spy among all Disney Pixar characters.

Cruz Ramirez is part of Pixar’s Cars 3, which was released in 2017. Cruz Ramirez has this innate ability to stand out amidst all the cars. And let’s face it, she is the only car that had the guts to beat the fantastic. Lightning McQueen. 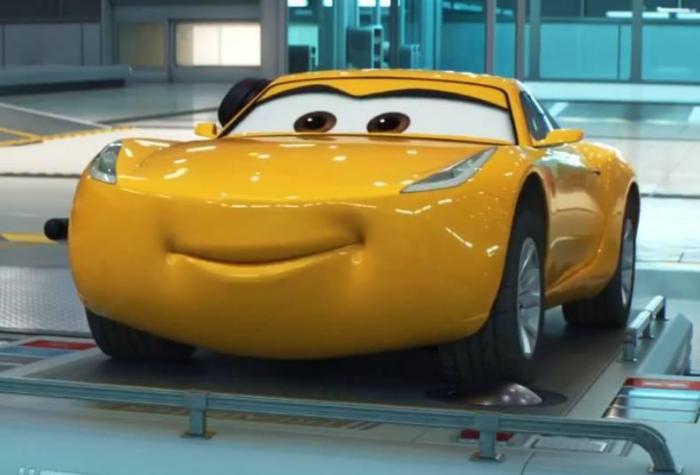 How can you be so cool and awesome? She started out well with Lightning as his trainer. But soon she proved her mettle. She is simply a tough nut to crack. Cruz is amazing, simply great. She gives you hope, how talent can outsprint years of training the circuit.

Tow Mater is as usual a wonder car part of both Pixar’s Cars 2 and 3. Both these movies were released in 2011 and 2017. Tow or else known as ‘Mater’ is the heart and soul of the Cars franchise movies. He is shown as a comedic anthropomorphized car. Here, Tow sort of simmers the tension by providing some comedic relief to the already tense and captivating moments. 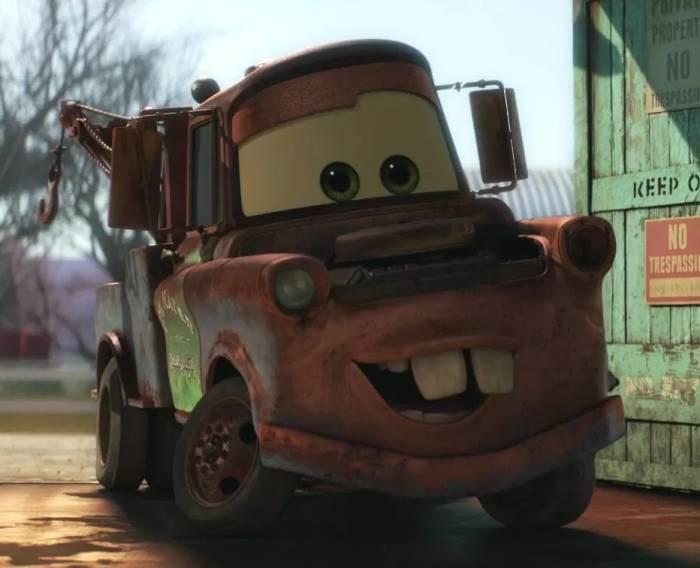 Tow’s timing however shall be appreciated. He is both insane and amazing at the same time. He makes the show feel like it is meant for kids. Tow might look dumb, but the truth is he is a comedic genius.

Finn McMissile is part of Pixar’s Cars 2, which was released in 2011. Finn stands out because of his James Bond type personality. He looks deep, intricate and always in action to solve some mysteries.

However, he still regrets that the things thought about Mater were rather his presumptions. Mater, who did not pay heed to it, rather exposed Finn, which has led to more tensions between these both cars. However, both these cars reached a truce and it seems like they have made peace with each other.

Smokey is part of Pixar’s Cars 3, which was released in 2017. Smokey seems to me as a character that carries forward a show. He simply is one of the best souls in the movie, equivalent to Lightning. 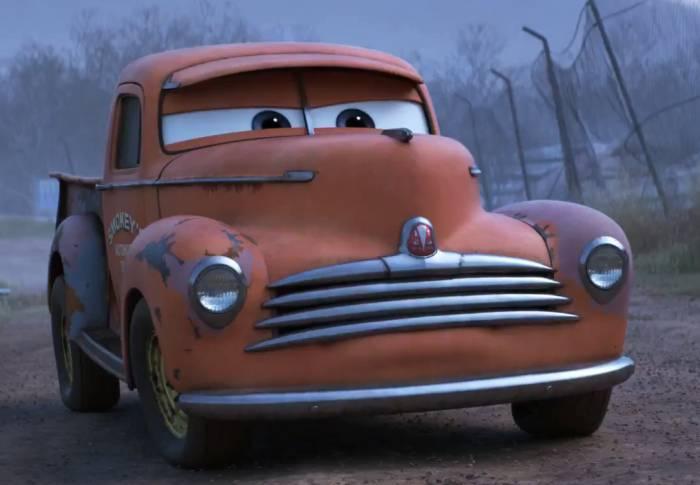 Lighting trained Cruz art first. It was through Smokey’s input he saw Cruz, what none other cars could see. Smokey also had a habit of moving back in time and telling How the racing scene was back then and How it has completely changed when we try to assess its entirety through today's lens.

Sally is part of all Pixar Car movies, Cars was released in 2006, Cars 2 then came in 2011, and then came Cars 3 in 2017. Sally played a major character in the original movie back in 2006. But then she went in the background when we see her in the other two Cars franchise movies. 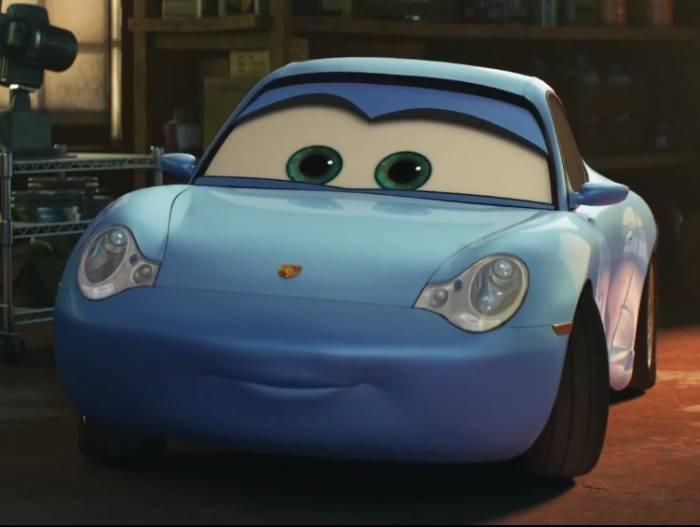 She also dictates the story and the pull of the story enormously as she is dating the cool kid, Lightning McQueen himself. She worked her ass off to bring back the Radiator springs racetrack so that all the cars get pumped and be able to compete in this great racing competition.

Luigi & Guido is part of Pixar's Cars 2, which was released in 2011. Luigi & Guido's duo stands out as the best car twin couple. And the Ferraris simply break ass and have you seen their Michael Schumacher Ferrari that they displayed in their shop at Radiator Springs. 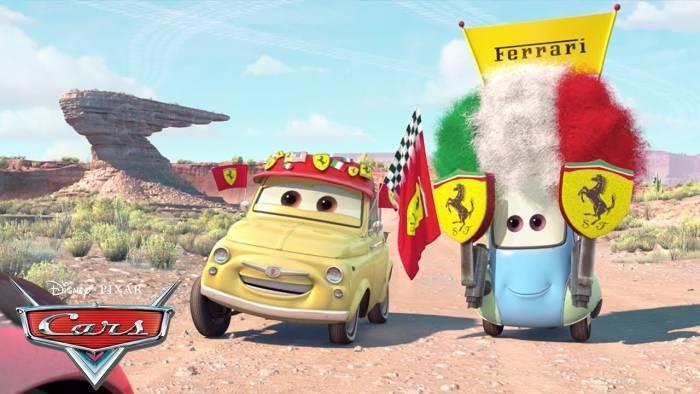 They are hilarious and also they are quite speedy; they cloak some of their best speeds easily without having to struggle. Their comic timing is insane and that’s what they bring to the table, a variety of personalities.

Lighting McQueen is part of all Pixar Cars movies, Cars was released in 2006, Cars 2 then came in 2011, and then came Cars 3 in 2017. Here, Lightning Mc Queen can simply be called the person who is literally the show stopper. He is arrogant and behaves with his sponsor rudely. 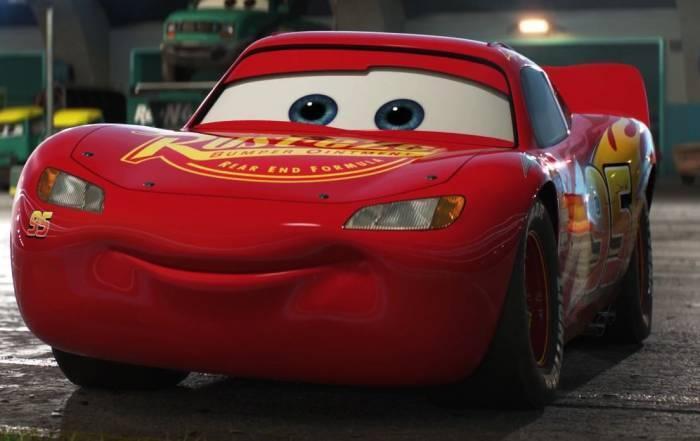 But we do see his character growth in numerous ways, he was kept out of the team at first, but then he rose to the ranks. He grew as a person when his mentor taught him How to race. He instead trained Cruz to achieve her dream. Mc Queen has always loved Sally.

Doc Hudson is part of Pixar’s Cars ‘Cars original movie’ and Cars 3. Both these movies were released in 2006 and 2017 respectively. He was also in a similar Cars movie called ‘Mater and the Ghostlight. Doc Hudson is a car with substance. 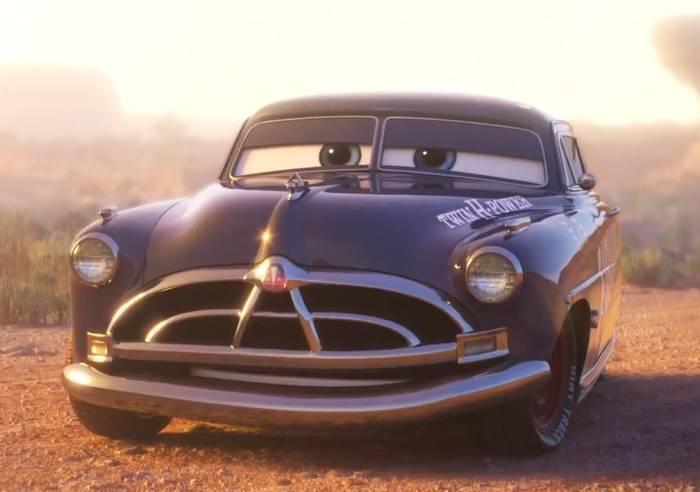 He surely thinks that his timing is off. But believe me, he just started a different chapter of his life with Lightning. He became involved with Lightning’s passion which was propagated further by lightning to Cruz. But the real man behind all Lightning’s growth was Doc Hudson.

Sheriff is part of Pixar’s Cars original movie, which was released in 2006. There is nothing to say about Sheriff, the only drawback is that the show had and should have taken and made Sheriff into a better character that played better characteristics in the plot. Sheriff was the law enforcer in the plot, and in more ways than one he has influenced How McQueen as a car has changed and found his own voice in the franchise. 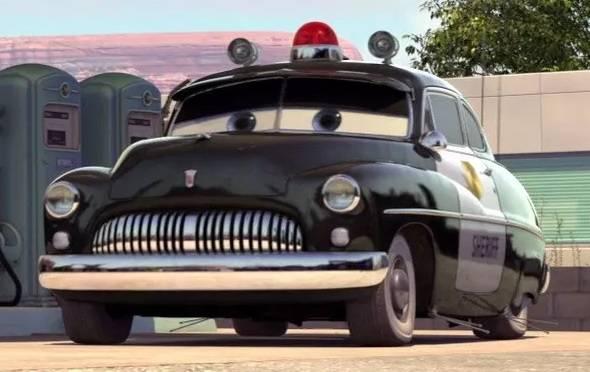 To an extent, his disliking at first transitioned into changing McQueen to become a better car that can understand rules as well as knock everyone off in racing track competition.

How to Watch Pixar Movies Offline?

To download them, StreamGaGa Disney Plus Downloader is there to your rescue as it is one software program that can download videos from almost all the OTTs. Disney Plus must have most of the Pixar movies available since Pixar is a part of the Disney company.

So, just download StreamGaGa Disney Plus Downloader, and choose the video that you want to download, and just get the download started. It is quite easy and can be done in just a few clicks. Or you can search these movies on YouTube too if they are available there, you can still download them by using this tool.

Disney Pixar’s car characters are awesome and they are so popular, and they have attributes like liking, and disliking as per humans. An assertive McQueen, a patient Doc, a lovely Sally, Comedic Mater. They are literally real people just being themselves to their fullest.